15-year-old Ashley Garcia is anything but average when it comes to her martial arts.

15-year-old Ashley Garcia is anything but average when it comes to her martial arts – proven by her stellar track record that’s led to her earning her impressive 2nd degree black belt in Tae Kwon Do. Committed, enthusiastic, and always dedicated, Ashley continues to impress by melding her taught athleticism with her Asian-American ancestry. She’s already proven herself a more than worthwhile addition to Team AKA and is showing no signs of slowing yet.

Born in Grand Rapids, MI, in 2004, Ashley has achieved a great deal since she first fell in love with martial arts at the age of 8. Since that initial introduction into the world of Tae Kwon Do, she’s continued to build upon her skills and improve her forms and weapons proficiency by training at least once per day and competing on a range of different local and national circuits. A fan of the Bo Staff, Ashley has continued to focus her training around developing her abilities in musical forms, extreme forms, and creative/extreme weapons, as per her placing in all 3 WKC World Titles in 2018 and again at the 2019 Quebec Open.

At a relatively young age, Ashley already has a clear idea of what the future holds. While she idolizes martial artists such as Sandra Sanchez and Gabrielle Dunn, her overall focus is on producing and directing in the film industry; remaining behind the camera instead of in front of it. With an impressive 3.7 GPA, it seems like those goals are well within reach. In fact, despite her youth, Ashley’s martial arts talents have already provided a glimpse of what the future could hold, with work on the PBS Curious Kids crew and local Sideswipe shows already under her belt.

As for what the future holds in terms of her martial arts discipline, Ashley is currently a strong contender on the NASKA, WKC, AKA, and MSKC circuits. For her, martial arts is not just about winning – it’s also about friendly competition and family, two of the main reasons she was drawn towards Team AKA. If your focus is on going the extra mile to be a better martial artist and a better person, there’s nowhere better to start.

Outside of martial arts and schoolwork, Ashley also invests her time in snowboarding during the winter, which acts as more of a stress-reliever and enjoyable hobby than serious competition. As you’d expect from a budding director and producer, she also spends time creating and editing video content for YouTube, specifically in the field of travel vlogs and videos, to create a cohesive portfolio suitable for the future career in film production.

Ashley is a valuable addition to Team AKA, and her unwavering spirit and firm discipline make her the ideal choice as a part of our ever-growing family. As for her favorite martial arts quote, she’s picked a classic that we all know and love: “Be shapeless. Be formless. Like water. Water can flow, or it can crash. Be water, my friend” – Bruce Lee. We look forward to seeing her many accomplishments – in both film and martial arts. 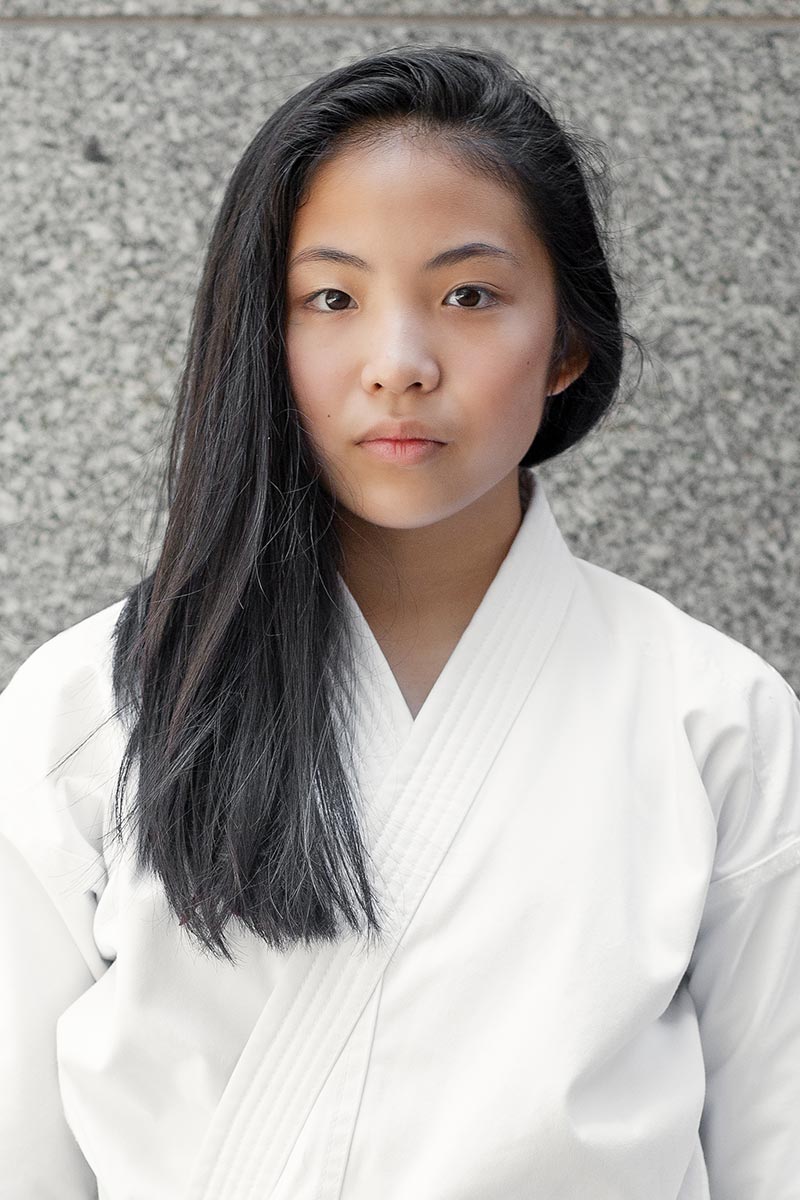