Born in Hastings, MN, 17-year-old Solange now lives in River Falls, WI, and has been training in martial arts since she was nine years old.

Performed in Pearl Harbor and Guam for Sideswipe; Winner of the 2019 US Capitol Classics & Toronto Tournament of Champions
Find @solange.olivier on Instagram or on Facebook

Solange Olivier is one of the rising stars in the female martial arts divisions and is undoubtedly one to watch for those looking for an artist with a flair for being different. Born in Hastings, MN, in 2002, 17-year-old Solange now lives in River Falls, WI, and has been training in martial arts since 2011 when she was nine years old. Since that age, she has been a committed and disciplined student, alongside her other academic work, awarding her several titles and exceeding the expectations of those surrounding her in next to no time.

Both academic and physically driven, Solange achieved excellent grades in both her Sophomore and Junior years, reaching the sought-after honor roll thanks to her hard work. Well-traveled, with over nine different countries under her belt, she plans to go on to study film at college, while still maintaining the high level of training and commitment she puts into her martial arts skills every day. Her past accomplishments include taking part in September 2019’s Sideswipe event in Pearl Harbor and Guam, and at 17 years old, she is already taking part in college courses at the University of Wisconsin, River Falls.

Solange trains twice a day to maintain and improve her martial arts training and has currently achieved the rank of 2nd degree black belt in Korean Karate. She considers herself a CMX competitor and a martial arts tricker. Now, Solange competes in both the NASKA and NCKA circuits and has achieved awards such as her first place grands finishes at the 2019 US Capitol Classics and Toronto International Tournament of Champions for 14-17 girls CMX forms using creative form. As a more creative martial artist that enjoys subverting the norms, Solange is proficient in both Nunchaku and the Bo Staff, though admittedly she is partial to the Nunchaku.

What makes Solange stand out from her competition? Her commitment to twice-daily training is one of the ways, but she attributes her success to her unique forms style, allowing her to best the competition by showing off something entirely different. As well as studying for herself, she also enjoys teaching others – especially when it comes to both XMA and Nunchaku. Her favorite martial artist is the world-famous Bruce Lee, while the one martial artist she would consider to be her role model is Sammy Smith. As for her number one quote, Solange suggests: “A true hero isn’t measured by the size of his strength, but by the strength of his heart”. Not a bad message to live by at all.

Since Solange joined Team AKA, she’s continued to go from strength to strength with no signs of slowing. She considers the team to be a family, someone to provide support and help when needed – and a group that she can equally put back into thanks to her enthusiasm for teaching and tutoring younger and older members alike. At just 17, she looks set to achieve incredible things in the future, both in her education and in her martial arts career. 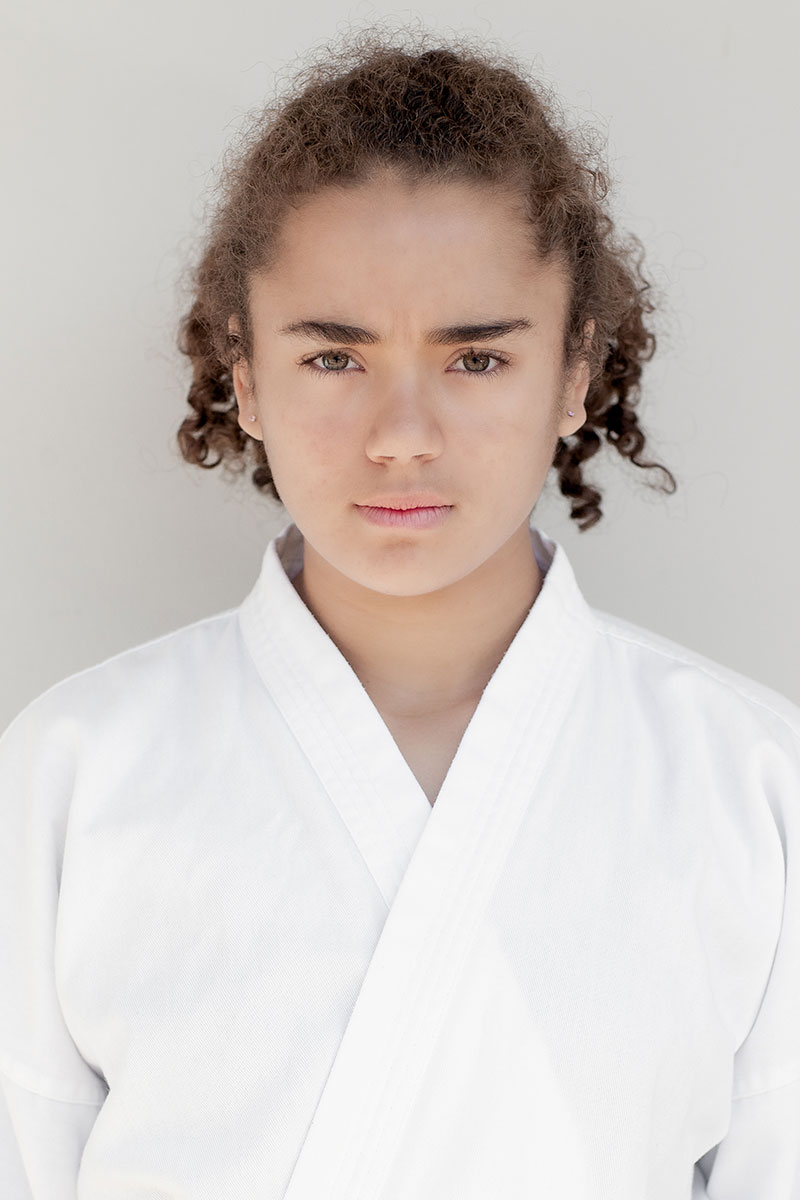